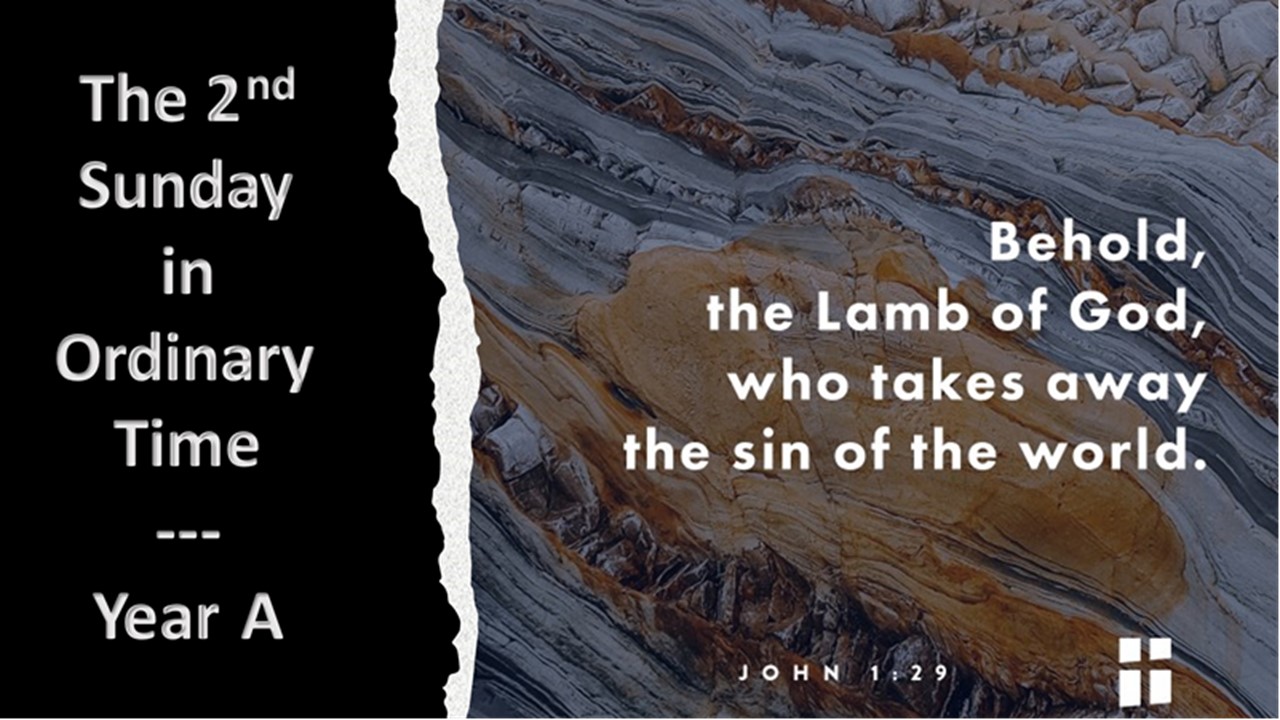 We have been reflecting on the Advent Season and Christmas Seasons for the last few weeks and those weeks filled us with grace of the newborn King who is all wisdom and knowledge. He is the Prince of Peace who not only brings peace to us but to the whole world. St. Athanasius rightly says “By his own wisdom and Word, who is our Lord and Savior Christ, the all-holy Father (whose excellence far exceeds that of any creature), like a skillful steersman, guides to safety all creation, regulating and keeping it in being, as he judges right. It is right that creation should exist as he has made it and as we see it happening, because this is his will, which no one would deny. For if the movement of the universe were irrational, and the world rolled on in random fashion, one would be justified in disbelieving what we say. But if the world is founded on reason, wisdom, and science, and is filled with orderly beauty, then it must owe its origin and order to none other than the Word of God. He is God, the living and creative God of the universe, the Word of the good God, who is God in his own right. The Word is different from all created things: he is the unique Word belonging only to the good Father. This is the Word that created this whole world and enlightens it by his loving wisdom. He who is the good Word of the good Father produced the order in all creation, joining opposites together, and forming from them one harmonious sound. He is God, one and only begotten, who proceeds in goodness from the Father as from the fountain of goodness, and gives order, direction and unity to creation”.

He continues to say “By his eternal Word the Father created all things and implanted nature in his creatures. He did not want to see them tossed about at the mercy of their own natures, and so be reduced to nothingness.  But in his goodness, he governs and sustains the whole of nature by his Word (who is himself also God), so that under the guidance, providence and ordering of that Word, the whole of nature might remain stable and coherent in his light. Nature was to share in the Father’s Word, whose reality is true, and be helped by him to exist, for without him it would cease to be. For unless the Word, who is the very image of the invisible God, the firstborn of all creation, kept it in existence it could not exist. For whatever exists, whether visible or invisible, remains in existence through him and in him, and he is also the head of the Church, as we are taught by the ministers of truth in their sacred writings. The almighty and most holy Word of the Father pervades the whole of reality, everywhere unfolding his power and shining on all things visible and invisible. He sustains it all and binds it together in himself. He leaves nothing devoid of his power but gives life and keeps it in being throughout all of creation and in each individual creature”.

First Reading speaks about an anointed leader in whom God the Father is glorified. He is the one who has become a source of saving the lives of others. Prophet Isaiah, being the Prophet of Good News speaks about the Savior who saves all humankind from slavery and oppression of sin so that we may have eternal life. St. Clement says (who gave his life for the sake of Christ) “God’s blessing must be our objective, and the way to win it our study. Search the records of ancient times. Why was our father Abraham blessed? Was it not because his upright and straightforward conduct was inspired by faith? As for Isaac’s faith, it was so strong that, assured of the outcome, he willingly allowed himself to be offered in sacrifice. Jacob had the humility to leave his native land on account of his brother, and go and serve Laban. He was given the twelve tribes of Israel.
Honest reflection upon each of these examples will make us realize the magnitude of God’s gifts. All the priests and Levites who served the altar of God were descended from Jacob. The manhood of the Lord Jesus derived from him. Through the tribe of Judah, kings, princes, and rulers sprang from him. Nor are his other tribes without their honor, for God promised Abraham: Your descendants shall be as the stars of heaven. It is obvious, therefore, that none of these owed their honor and exaltation to themselves, or to their own labors, or to their deeds of virtue. No; they owed everything to God’s will. So likewise, with us, who by his will are called in Christ Jesus. We are not justified by our wisdom, intelligence, piety, or by any action of ours, however holy, but by faith, the one means by which God has justified men from the beginning. To him be glory for ever and ever. Amen. What must we do then, brothers? Give up good work? Stop practicing Christian love? God forbids! We must be ready and eager for every opportunity to do good and put our whole heart into it. Even the Creator and Lord of the universe rejoice in his works. By his supreme power he set the heavens in their place; by his infinite wisdom he gave them their order. He separated the land from the waters surrounding it and made his own will its firm foundation. By his command he brought to life the beasts that roam the earth. He created the sea and all its living creatures, and then by his power set bounds to it. Finally, with his own holy and undefiled hands, he formed man, the highest and most intelligent of his creatures, the copy of his own image. Let us make man, God said, in our image and likeness. And God made man, male and female he made them. Then, when he had finished making all his creatures, God gave them his approval and blessing: Increase and multiply, he charged them. We must recognize, therefore, that all upright men have been graced by good works, and that even the Lord himself took delight in the glory his works gave him. This should inspire us with a resolute determination to do his will and make us put our whole strength into the work of living a Christian life”.

This second Sunday of Ordinary Time is in continuity with the Epiphany and the Feast of the Baptism of Jesus. The Gospel passage again speaks to us of the manifestation of Jesus. Indeed, after being baptized in the River Jordan, He was consecrated by the Holy Spirit Who came upon Him and was proclaimed Son of God by the voice of the heavenly Father. The Evangelist John, unlike the other three, does not describe the event, but proposes to us the witness of John the Baptist. He was the first witness of Christ. God had called him and prepared him for this. The Baptist cannot hold back the urgent desire to bear witness to Jesus and declares: “I have seen and have borne witness”. John saw something shocking, that is, the beloved Son of God in solidarity with sinners; and the Holy Spirit made him understand this unheard-of novelty, a true reversal. In fact, while in all religions it is man who offers and sacrifices something to God, in the event Jesus is God Who offers His Son for the salvation of humanity. John manifests his astonishment and his consent to this newness brought by Jesus, through a meaningful expression that we repeat each time in the Mass: “Behold the Lamb of God, who takes away the sin of the world!”.

The testimony of John the Baptist invites us to start out again and again on our journey of faith: to start afresh from Jesus Christ, the Lamb full of mercy that the Father gave for us. Let us be surprised once again by God’s choice to be on our side, to show solidarity with us sinners, and to save the world from evil by taking it on fully. Let us learn from John the Baptist not to assume that we already know Jesus, that we already know everything about Him. This is not so. Let us pause with the Gospel, perhaps even contemplating an icon of Christ, a “Holy face”. Let us contemplate with our eyes and yet more with our hearts; and let us allow ourselves to be instructed by the Holy Spirit, who tells us inside: It is He! He is the Son of God made lamb, immolated out of love. He alone has brought, He alone has suffered, He alone has atoned for sin, the sin of each one of us, the sin of the world, and my sins. All of them. He brought them all upon Himself and took them away from us, so that we would finally be free, no longer slaves to evil. Yes, we are still poor sinners, but not slaves, no, not slaves: children, children of God!

Do we recognize Jesus as our Savior who died on the Cross to us?